142A Portland Road adjoins No. 87 Clarendon Road (the corner house) and was probably built in the mid-19th century. The 1863 Ordnance Survey map indicates that it was already in existence by then. It was a small building that may have started life as a stable or outbuilding built by the occupants of No. 87 Clarendon Road in part of their garden. When Portland Road was renumbered, for instance, it was not given a number, perhaps because it was seen as part of No. 87. On the other side of it there was a row of shops. 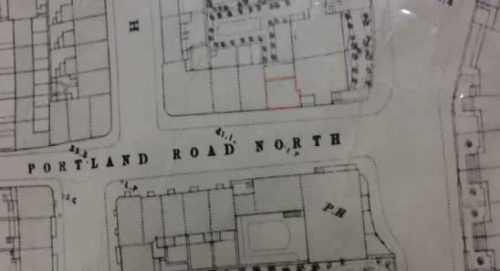 By 1890 it had acquired a separate existence and become a commercial concern. It was given the number 142A – No. 142 was on the other side of the street and the shop next door was 144 (neither now exist). The directory for 1890 records No. 142A as “dining rooms” belonging to one Robert Goddard. By 1900, it was occupied by James Charles Halsey, a bicycle maker. By 1916 the occupant was Zifer Litman, a bootmaker (probably a Jewish refugee from the Russian pogroms). Litman subsequently turned to second-hand clothing and he or his family were there until at least 1927. By 1950 it was a hardware store. In 1957 planning permission was given for the ground floor shop to be remodelled for residential use. 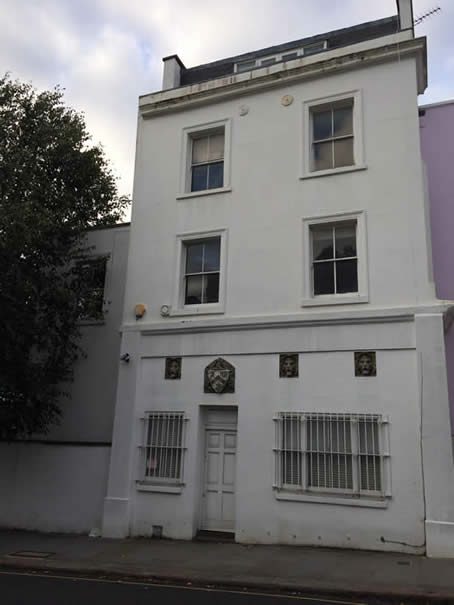 The row of shops next door seem to have disappeared in the blitz, leaving No. 142A as the sole building on this side of the street.  According to planning documents, in 1979 the owner of 142A Portland Road purchased the vacant land for use as a garden.  A not very attractive extra floor, set back slightly, was added in the 1980s or thereabouts. A two storey side extension was added in the 1990s, when subsidence damage to the house was substantially repaired.

Given the many alterations, it is not entirely clear what the original façade looked like, although the current low ground floor windows on Portland Road may well have been the original shop windows.  The front door is on Portland Road, but it has not been used for many years. The way in is now via wooden gates through garden walls beside the house. Some interesting stone panels of lions’ heads and a coat of arms have been set into the façade. They have been there at least since the 1990s, and it seems that the house was renamed Lion House by the then owner, although this name does not appear to have been used in recent years.