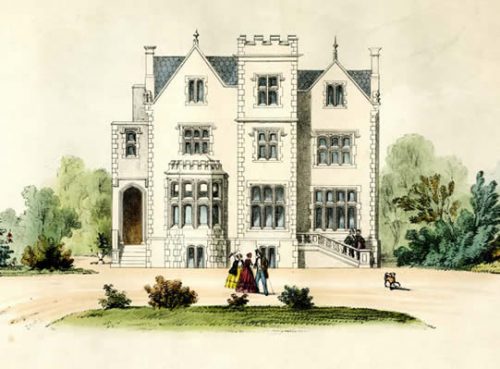 Elixabeth Villa, demolished to make way for one of the mansion blocks in Kensington Park Road.

This atrticle first appeared in the summer 2017 edition of Ladbroke News.

During the 40-odd years that it took to develop the Ladbroke estate, its architects and builders mostly favoured a classical style, with pillars and pilasters, architraves and cornices, elegance of line and general symmetry, inspired by the architecture of ancient Greece and the Italian Renaissance. This was a period, however, when the so-called Victorian Gothic Revival was making itself felt, with its pointed gables and steeply pitched roofs, its arched porches and bay windows, its turrets and general exuberance.

Gothic was particularly favoured for large public buildings (think Houses of Parliament) and churches. In the Ladbroke area, all our churches, with the exception of St Peter’s, are firmly Gothic in style. A handful of developers on the Ladbroke estate also experimented with Gothic elements on domestic houses. One of these was the builder-cum-architect-cum-developer William Chadwick, one of the first to take up building again on the estate after the collapse of the Hippodrome race-course. He built the long, well-proportioned classical terrace at 8-30 (evens) Kensington Park Road (beginning by the cabmen’s shelter) at the end of the 1840s. But he also seems to have been responsible, no doubt in a fit of experimentation, for the pair of villas at 32-34 Kensington Park Road, which are quite different in style (albeit with an Italian influence), with mullioned windows and Gothic pointed gables. 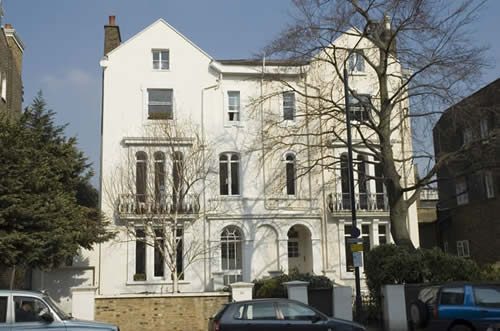 Further along the same road, where the mansion blocks now are, there were once at least three more Gothic villas, sprouting turrets, fancy chimneys, rustication, mullioned windows and gables in all directions. All we have to show what they look like are some drawings in the Local Studies Centre (reproduced courtesy of RBKC) – see the top of this artticle and below. If the drawings are accurate, whoever designed them could have been the copying from a child’s fairy-tale book. 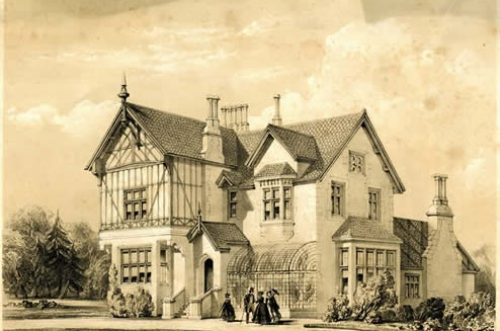 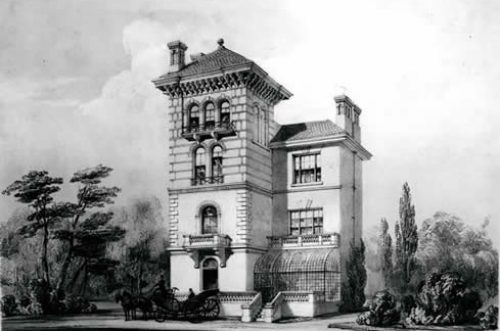 Of the Gothic houses that remain, the most spectacular array is on the inner side of Lansdowne Crescent, which also dates from the 1840s. At one end, next to St John’s Church, stands the “Tudor Gothic” old vicarage, built, it is said, of stone left over from the building of the church. 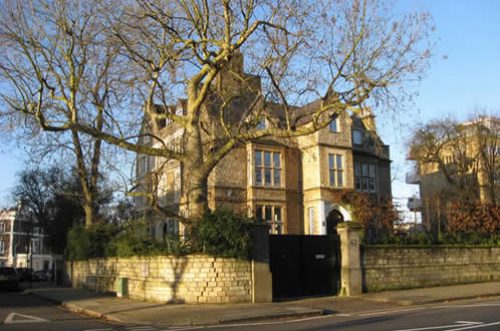 The old Vicarage next to St John’s church.

There follow seven pairs of wonderful villas, some of the most interesting on the estate, all with Gothic features. Unfortunately, No. 5 has been altered almost out of recognition. But the original form of the others, despite some alterations, is still entirely recognisable. The villa pairs are in several distinct designs, some with pointed gables and some with turrets. The outer pairs are brick with stucco dressings (although the effect has been spoilt in the case of Nos. 5 and 16, whose brickwork has been covered in stucco). The villas in the central section are full stucco, including Nos. 9 and 10 which close the vista up Lansdowne Rise, one of the best vista effects on the estate, although largely hidden by trees in summer. 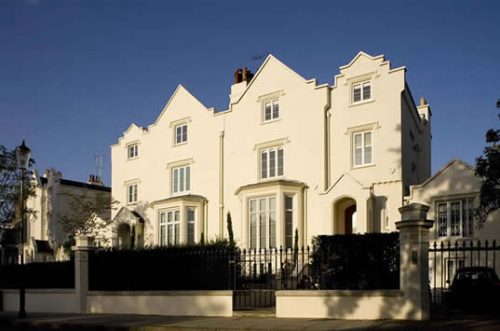 These villa pairs originally had wide gaps between them. Over the past 40 or 50 years, almost all have acquired side extensions, fortunately in most cases fairly small so that the gap is still very apparent. Most have or originally opted to follow the Gothic design of the houses. There is a frequent argument among architects and planners as to whether new extensions on old buildings should be a pastiche, seeking to imitate what is already there, or something frankly modern so that the distinction between old and new is evident. The Ladbroke Association debates this occasionally (we currently have three architects on our committee, and they do not always agree). But in the case of Lansdowne Crescent, we are agreed that the happier effect has been achieved by the Gothic extensions, like that with the pointed gable to the right of the picture above. We are sad that the pointy gable extensions on Nos. 13 and 14 have been replaced or are being replaced with banal modern boxes.

There is also a good group of Gothic houses in Lansdowne Road, at Nos. 46-64 evens. No. 46 (which used to be known as Tuscany Villa) unusually is detached; the others are semi-detached pairs. Again they have prominent triangular gables, rustication and mullioned windows. These were built in the 1860s and were probably influenced by the Lansdowne Crescent villas. 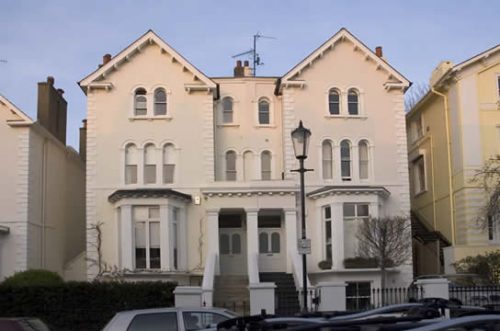 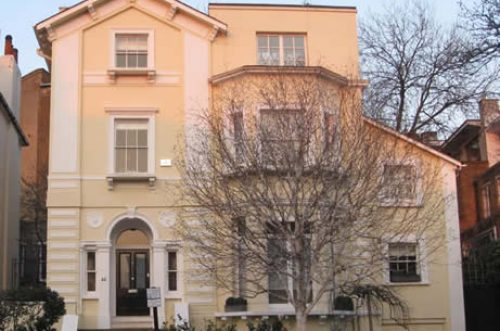