Clarendon Cross is a short road running between Clarendon Road and Portland Road. Until 1939 it was called Clarendon Place. The street is one of the very few which link the Ladbroke estate and the neighbouring Norland estate, and probably evolved to provide shops and services to the residents of both. At the time of the first detailed Ordnance Survey map in 1863 it had buildings only at its western end, a large part of the street being occupied by the gardens of the corner houses in Clarendon Road. 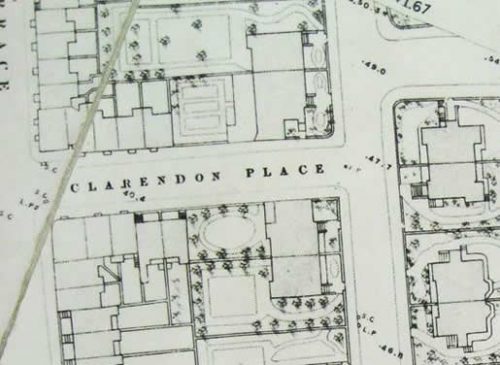 By the time of the 1890s Ordnance Survey map, the whole street had been built up and assumed pretty well the conformation it has today. 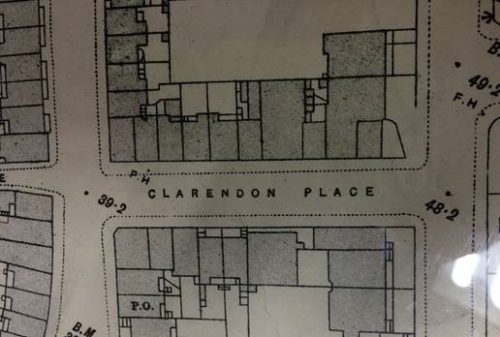 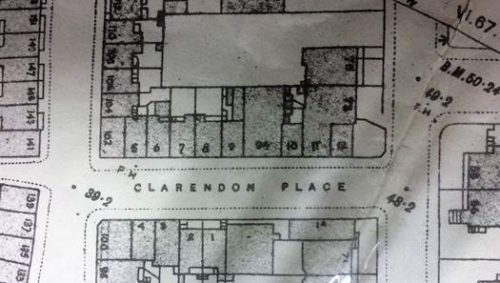 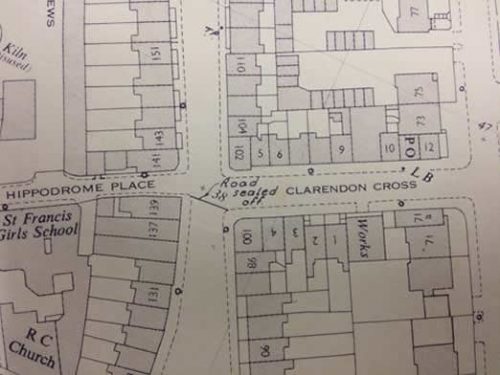 Clarendon Works is by far the most interesting building in the street, being a particularly fine and unusual example of a custom-designed small-scale industrial building. It seems to have been erected in 1890 or 1891 by and for Benjamin Colley and Sons, builders, who were based in Portland Road.  They continued to use the Clarendon Works until the early 1930s, when they moved out and took premises in Walmer Road (while retaining their premises in Portland Road). Colleys seem to have used Clarendon Works chiefly for manufacture ancillary to the building trade – they had for example a line in manhole or drain covers of which at least one example survives locally (see photograph below). 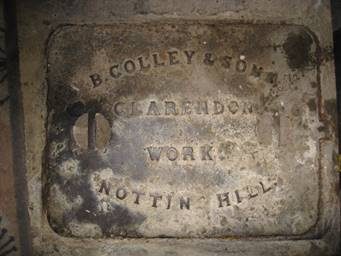 By 1932, the building had been taken over by a manufacturer of mirrors, Bamborough Ltd. A few years later it passed into the hands of C.M. Churchouse, manufacturers of electrical light fittings, who remained there until 1973. It then passed through several hands before being converted to residential use in 2009.

A brick panel on the top of the building says “CLARENDON WORKS” and further decorated terra cotta panels above the first floor windows say “BUILDERS” on one side and “CONTRACTORS” on the other. Fortunately these have been left untouched. In other ways the building has had a number of alterations since it was first built, especially to the doors and windows at ground floor level. The early maps (see above) show it to be positioned very much as it is now, set back slightly from the road, with a narrow unbuilt up fore-court – a fairly standard feature for commercial premises. A 1916 map shows the building abutting the road, but the 1935 and 1963 maps show it again with an empty  forecourt A 1970 photograph shows gates and other structures on the forecourt, and it seems likely that these were erected during the tenure of the electric light manufacturers. A 1973 planning document indicates that what were described as “walls, gates and sheds” were then removed from the forecourt. 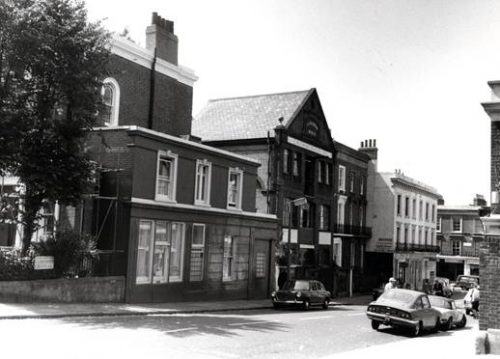 The building probably always had a central entrance. More recent owners made several changes to the façade, as can be seen from the photographs below. 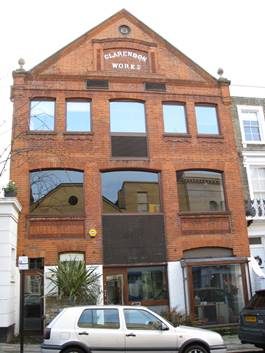 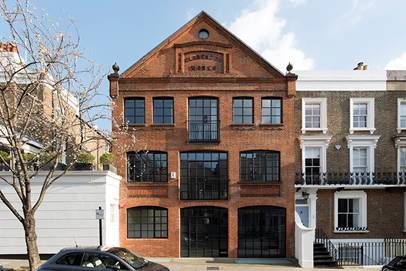 The building immediately to the left of the Clarendon Works, curiously abutting the side of No. 71 Clarendon Road, seems to have originally been numbered No. 1A Clarendon Place in 1935, but by 1945 had been renumbered as No. 71A Clarendon Road. The numbering was changed to No. 1C Clarendon Cross or “North Light” in 1989. Originally the ground floor was a shop. In 1961 planning permission was given for the whole building to be converted to a dwelling, although with the ground floor being used as a studio. A side extension appears to have been added in the 1990s.

Nos. 11 and 12 Clarendon Cross were probably always commercial premises. At the beginning of the 20th century, No. 11 was a bootmaker and No. 12 a tobacconist.