The area is bounded (with a few kinks) by Holland Park Avenue to the south; by Clarendon Road to the west; by Westway to the north; and by Portobello Road to the east.One block between Blenheim Crescent and Westbourne Park Road is excluded from the conservation area as it consists of a modern housing estate and community centre.

The oldest map of the area dates back to 1741, when almost everything is farming land with a patchwork of fields. The detail below shows the future Holland Park Avenue along the bottom. The substantial property belonging to “Mr Green” is roughly where Portland and Princedale Roads now start. North of it is the farm of Notting Barns. Along what is now Notting Hill Gate a number of small habitations are shown, no doubt those of the workers in the Notting Hill Gravel Pits. The lane that later became first Portobello Lane then Portobello Road is shown leading up northwards (the map was made two years after the Battle of Portobello; we do not know when the lane, and the farm to which it led, were given their name). 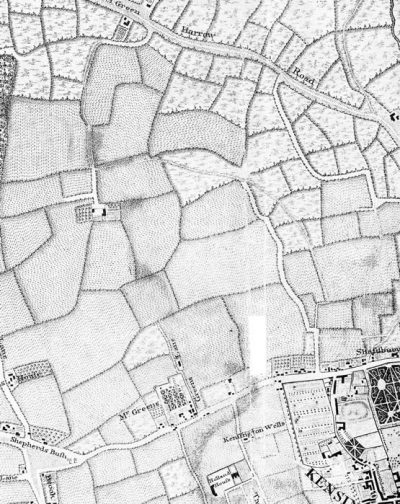 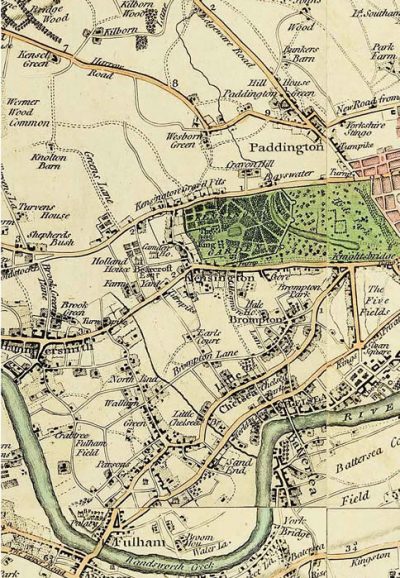 The map above shows the area in 1786. It is small scale and not particulaly accurate, and the farm of Notting Barns is (probably mistakenly) called Knolton Barn. There is still no sign of Portobello Farm. 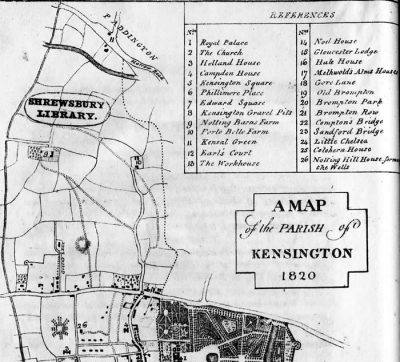 The section above of an 1820 map below shows both Notting Barns Farm and Portobello Farm, as well as a distinct hill where St John’s now stands, with a lane towards Notting Barns that is near to where Ladbroke Grove was later built. 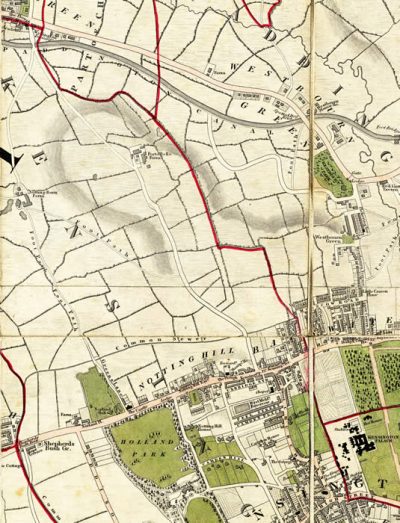 The 1827 map below (again not very accurate) shows the beginning of the development of the Ladbroke estate along what is now Holland Park Avenue (then Uxbridge Road) and the newly created Ladbroke Terrace (see detail). Otherwise there is still nothing but fields between Green’s Lane and Portobello Lane. The Castle pub has opened on the corner of Green’s Lane. The future Clarendon Road will be built on the eastern side of it. 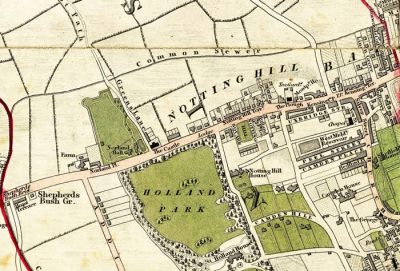 Detail showing the development along what is now Holland Park Avenue, including the Castle pub. 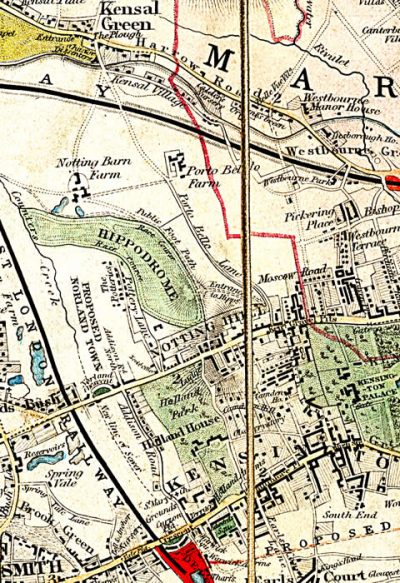 The 1841 map above shows the ill-fated Hippodrome race-course, but very little other development in the Ladbroke area. Again the hill on which St John’s stands (and on which spectators stood to watch the races) is clearly shown. The two farms are still operational. 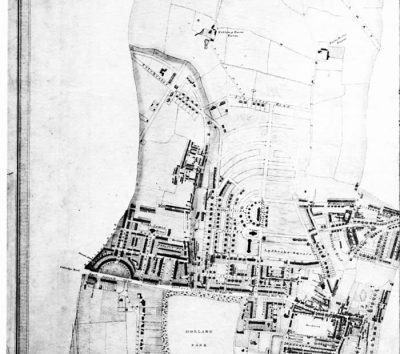 By 1852, the roads in the southern part of the area had been largely laid out and building was proceeding apace, as can be seen fron the section above from an 1852 map of the Parish of Kensington. St John’s church is clearly shown. The two farms still carry on in the north of the area. 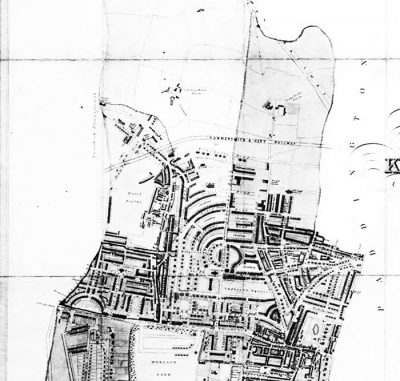 The detail above from an 1863 map in the same series shows development proceeding still further north. It had been given a fillip by the construction of the Hammersmth and City Railway.

All maps courtesy of RBKC.