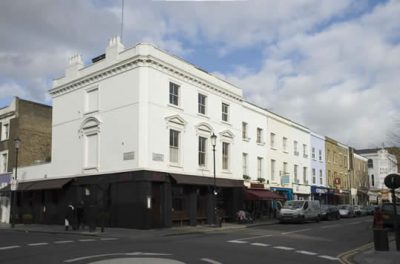 This pub, which was at 14 Blenheim Crescent (on the north-east  corner of Kensington Park Road), probably dates from the early 1860s – it appears in the 1863 Ordnance Survey map as the only completed building at this end of Blenheim Crescent. It started life as the Arundel Arms, perhaps because of the proximity of Arundel Gardens, but at some point changed its name to the Blenheim Arms. It closed around 2000, and is now a restaurant, although retaining its typical pub shape. 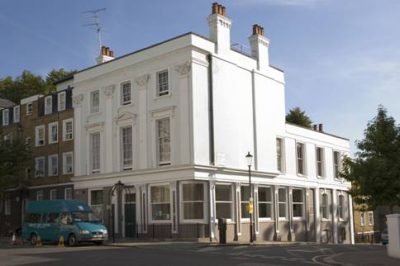 The old Clarendon Hotel at 85 Clarendon Road, on the corner of one of the spurs of Portland Road, is a most attractive building with magnificent Corinthian pilasters and tall Georgian-paned sash windows. It  was been given a Grade II listing in 1976. It was completed around 1846 and the builder was probably William Reynolds. Reynolds established himself as the licensee and took out various mortgages on the building before going bankrupt in 1848. A mortgage that he took out in 1847 includes an extremely detailed and fascinating list of the fixtures and fittings in the establishment (see Survey of London, page 250, for a good summary). The building remained a public house and hotel, under a succession of different publicans, until 1919. In the 1920s it became the Quest Social Centre, which it remains to this day, providing day care for the elderly.  It was nearly demolished in the 1970s to build modern housing, but was saved by being given its Grade II listing. 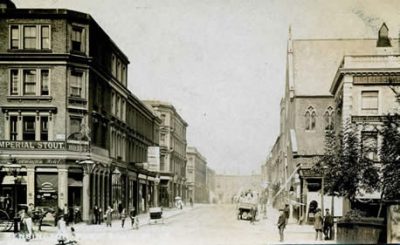 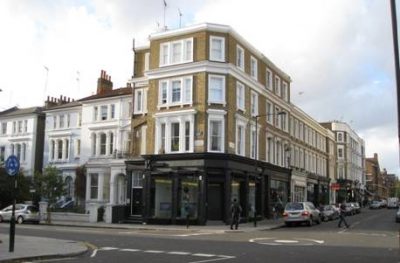 This pub was at 17 Kensington Park Road, on the north-west corner of Elgin Crescent. It probably dates from the mid-1860s – it does not appear on the 1863 Ordnance Survey map but the West Middlesex Advertiser notes an outgoing licensee in 1867. It is now an estate agent, although like the Arundel/Blenheim Arms retains its recognisable pub form. 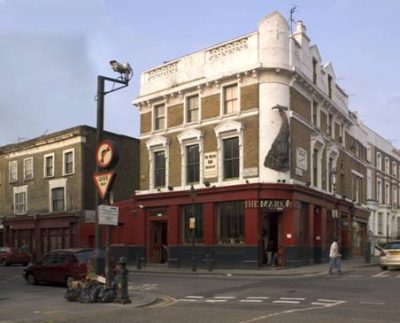 The Golden Cross was the scene of a fire in 1927 in which 4 people died. The funeral procession features in the first Portobello film by John Phibbs. The Golden Cross also appears as the Black Cross in the 1989 Martin Amis novel London Fields.

The pub was converted into the Market Bar, the first of London’s ‘new Bohemian bars’, and was closed in 2014. Irt reopened in 2015 as a sushi restaurant. 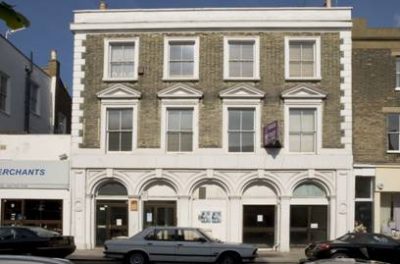 The Grasshopper at 216-218 Kensington Park Road probably dates from the later 1860s (it was not yet built at the time of the 1863 Ordnance Survey) and was probably built by Paul Felthouse, the builder of the Warwick Castle, as he appears as the licensee in the 1871 census. Unusually for what appears to be a purpose-built pub, it was not on a corner. It seems to have closed around the end of the First World War. 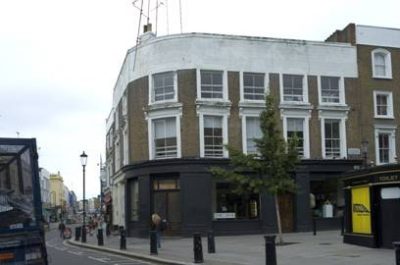 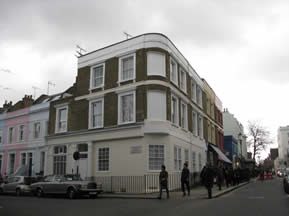 Not all of the Portobello Road is in the Ladbroke area, and there are a number of pubs in other parts of the road that have also closed:

Carnarvon Castle, on the corner of Golborne Road, which was reinvented in the 1990s as a gastropub called the Fat Badger, then a Moroccan-themed music joint called Bed Bar and since 2011 has been Pizza East.

Duke of Sussex at No. 272 Portobello Road, on the corner of Acklam Road, which was demolished to make way for the construction of Westway in the 1960s.

Freemasons’ Arms at No. 76 Portobello Road, which was destroyed by a bomb during the blitz.

The Oxford at Nos. 90-92 Portobello Road, which closed in the 1930s. This pub was not purpose-built, but sometime between 1863 and 1871 a licensed victualler had set up at No. 92 (previously occupied by a grocer), and by 1891 the pub had expanded into the corner house at No. 90 as well.  The name comes from the fact that the little terrace of buildings between Denbigh Close and Denbigh Terrace in which the pub stood was called Oxford Terrace before the renumbering of the Portobello Road in 1870.

© The Ladbroke Association 2020. All rights reserved.