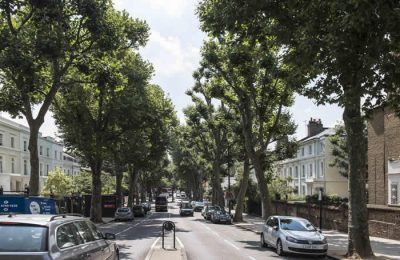 About the Ladbroke Association

Foundation of the Association

The Ladbroke Association was founded in 1969, in the same year as the designation of the Ladbroke Conservation area. The original impetus for the setting up of the Association was a proposal by the Royal Borough of Kensington and Chelsea to cut down and replace the plane trees along the southern end of Ladbroke Grove. A group of local residents, including Sir Angus Stirling, later our President, got together to oppose the proposals. They were successful and the trees remain. They then took the decision to form an association to protect the Ladbroke area.

The objectives of the Association, which are set out in its constitution, are:

The Association seeks to preserve the beauty and historical interest of the architecture bequeathed to us by the 19th century developers of the Ladbroke estate. However, it is not just a preservation society, seeking only to conserve and retain existing buildings. The Ladbroke estate has never been frozen in aspic. It has always contained a variety of styles. The Association encourages good contemporary architecture which takes into account the spirit and tradition of the original estate buildings, especially to replace some of the shoddy or ugly building work which took place in the period of reconstruction immediately following the Second World War.

We maintain a close dialogue with the local Council on planning and development issues of interest to the area. We monitor all planning applications, making representations against those that we believe would adversely affect the character of the area. We can often advise members on planning issues and we welcome approaches from our members with concerns about particular planning applications (although the Association’s Committee makes its own judgements on individual cases and cannot guarantee to support members’ objections in every case).

We also campaign to make improvements to the area and to Council procedures. For instance, we were in the forefront of the campaign to make basement development more tolerable to those unfortunate enough to live next door to a house where a basement is being built.

We circulate a periodic newsletter to members to inform them of current plans and activities affecting the area. We also have an email alert list to let members who sign up to it know about developments between newsletters.

We organise occasional events for any members who are interested. In summer 2018, for instance, we organised a tour, led by a well-known horticulturalist, of two of the communal gardens on the Ladbroke estate; and we also try to arrange an annual party in one of the interesting houses in the area.. We have also organised a number of lectures.

The President of the Association is Thomas Pakenham. The work of the Association is directed by a committee of three officers (Chairman, Honorary Secretary and Honorary Treasurer) and up to twelve other members who are elected at the annual general meeting. There can also be co-opted members, usually councillors representing the two wards in which the Ladbroke Conservation Area lies, Norland and Pembridge. The current committee consists of:

The committee meets monthly. The Annual General Meeting normally takes place in July at St Peter’s Church in Kensington Park Road. All are welcome to attend. Details of the next AGM can be found on the events page. Read minutes of previous AGMs

The Association is registered as a charity (Charity No. 260627) and is therefore subject to the strict rules governing charities.

Anyone with an interest in the area is welcome to join the Association.
Read about becoming a member.